Why Failure Is Good for Success 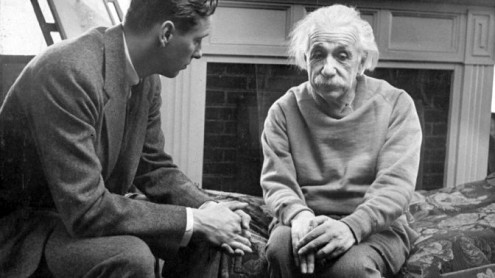 “A person who never made a mistake never tried anything new.” — Albert Einstein

To achieve your personal best, to reach unparalleled heights, to make the impossible possible, you can’t fear failure, you must think big, and you have to push yourself. When we think of people with this mindset, we imagine the daredevils, the pioneers, the inventors, the explorers: They embrace failure as a necessary step to unprecedented success.

But you don’t have to walk a tightrope, climb Mount Everest or cure polio to employ this mindset in your own life. When the rewards of success are great, embracing possible failure is key to taking on a variety of challenges, whether you’re reinventing yourself by starting a new business or allowing yourself to trust another person to build a deeper relationship.

“To achieve any worthy goal, you must take risks,” says writer and speaker John C. Maxwell. In his book Failing Forward: Turning Mistakes into Stepping Stones for Success, he points to the example of legendary aviator Amelia Earhart, who set several records and achieved many firsts in her lifetime, including being the first female pilot to fly solo over the Atlantic Ocean. Although her final flight proved fateful, Maxwell believes she knew the risk—and that the potential reward was worth it. “[Earhart’s] advice when it came to risk was simple and direct: ‘Decide whether or not the goal is worth the risks involved. If it is, stop worrying.’ ”

Easing Into a Fearless Mindset

“One of the biggest secrets to success is operating inside your strength zone but outside of your comfort zone,” Heath says. Although you might fail incredibly, you might succeed incredibly—and that’s why incredible risk and courage are requisite. Either way, you’ll learn more than ever about your strengths, talents and resolve, and you’ll strengthen your will for the next challenge.

If this sounds like dangerous territory, it can be. But there are ways to ease into this fearless mindset. The first is to consciously maintain a positive attitude so that, no matter what you encounter, you’ll be able to see the lessons of the experience and continue to push forward.

“It’s true that not everyone is positive by nature,” says Maxwell, who cites his father as someone who would describe himself as a negative person by nature. “Here’s how my dad changed his attitude. First he made a choice: He continually chooses to have a positive attitude. Second, he’s continually reading and listening to materials that bolster that attitude. For example, he’s read The Power of Positive Thinking many times. I didn’t get it at first, so once I asked him why. His response: ‘Son, I need to keep filling the tank so I can stay positive.’ ”

Heath recommends studying the failures and subsequent reactions of successful people and, within a business context, repeating such histories for others. “Reward them and applaud their efforts in front of the entire organization so everyone understands it is OK to fail. So employees say to themselves, ‘I see that Bill, the vice president of widgets, who the president adores, failed, and he is not only back at work, but he is driving a hot new sports car. I can fail and come to work the next day. Bill is proof of it.’ ”

Finally, Heath stays motivated by the thought that, “if I become complacent and don’t take risks, someone will notice what I am doing and improve upon my efforts over time, and put me out of work. You’ve got to keep finding better ways to run your life, or someone will take what you’ve accomplished, improve upon it, and be very pleased with the results. Keep moving forward or die.”