The five languages of apology (I wish I had known that apologizing is a sign of strength.) 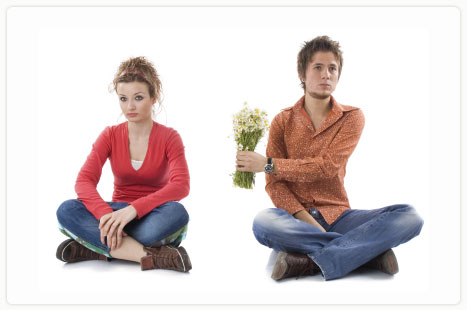 Gary Chapman: Things I Wish I’d Known Before We Got Married, Ch.5: I wish I had known that apologizing is a sign of strength.

This is an eye-opening book on relationships recently, and I thought it would be of interest to many of you. Here is a brief summary of one of the chapters which deals with how people often misunderstand each other because [pullquote]What most people want to know when you apologize is “are you sincere?” However, they judge your sincerity by whether or not you are speaking your apology in their primary apology language.[/pullquote]they have different ways in which they speak their apologies. The author has named these the 5 apology languages. He also has written about the different ways people express their affection to others and how to act accordingly so to make the most of your relationships. He named these the 5 love languages. Anyways the summary of the apology language chapter is as follows:

What most people want to know when you apologize is “are you sincere?” However, they judge your sincerity by whether or not you are speaking your apology in their primary apology language. When you do then they sense your real sincerity. When couples/friends/ etc learn to apologize in a way that is meaningful to each other, they make forgiveness much easier.

1. Expressing regret: this apology language is an emotional language – it seeks to express to the other person that you feel pain that with your words or behavior you hurt them deeply. If the person you are apologizing to has this language what they want to know is: “Do you understand how deeply your behavior has hurt me?” Anything less will seem empty to them. You need to say you are sorry and what specifically you are sorry for.

2. Accepting responsibility: This apology begins with the words “I was wrong” and goes on to explain what was wrong with your behavior. If the person you apologize to has this apology language they are waiting to hear you admit that your behavior was wrong. For them saying “I’m sorry” will never sound like an apology. They want you to accept responsibility for what you did or said and acknowledge that it was wrong.

3. Making restitution: This apology language seeks to “make it right.” If this is the persons primary apology language what they really want to know is “do you still love me?”Your behavior seemed so unloving to them that they wonder how you could love them and do what you did. What they request of you to make up for your mistake etc., will likely be in tune with their primary love language e.g. if their primary love language is physical touch they may simply ask for a hug.

5. Requesting forgiveness: The words “will you please forgive me?” are music to the ears of the person whose primary apology language is this one. In their mind if you are sincere, you will ask them to forgive you. You have hurt them deeply and they want to know, “do you want to be forgiven?” “Do you want to remove the barrier that your behavior has caused?” Requesting forgiveness is the way to touch their heart and is the way that feels sincere to them.

Questions at the end of the chapter:

1. Do you remember the last time you apologized? If so, what did you say?

2. Do you remember the last time someone apologized to you? Did it seem sincere? Did you forgive the person? Why or why not?

3. Discuss with each other what you expect to hear in a sincere apology.

4. Presently, is there anything for which you need to apologize? Why not do it today?