Coaches ask questions that shine light in the right places 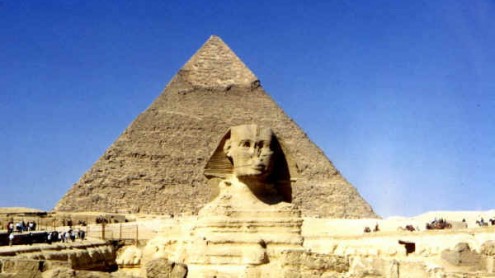 “A high civilization is a pyramid: it can stand only on a broad base; its primary prerequisite is a strong and soundly consolidated mediocrity.” — Friedrich Nietzsche

I had been answering their questions without thinking too much, because I had thought about these things before. However, the last question of the interview made a difference: ‘What metaphor would you use to describe yourself as a coach and trainer?’

This really made me think… I let my mind wander free, just waiting for something to come. Suddenly I saw myself as an explorer of ancient pyramids, and that made a lot of sense to me.

‘Why a pyramid explorer?’ they asked.

‘Because when you know where to look, you can find treasures inside places where
nobody has been before. I see people like temples, with hidden treasures just waiting to be brought out!’

This was my metaphor for coaching: a pyramid explorer, someone who brings out the best. I realized that because of a good question at the right moment.