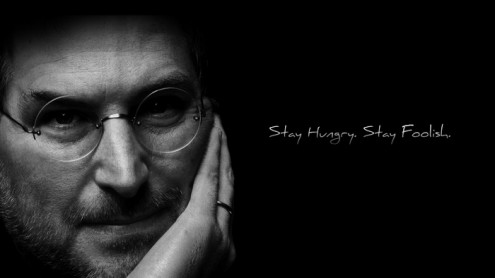 “Envy consists in seeing things never in themselves, but only in their relations. If you desire glory, you may envy Napoleon, but Napoleon envied Caesar, Caesar envied Alexander, and Alexander, I daresay, envied Hercules, who never existed.” --- Bertrand Russell

“Always remember that envy gives the strength to excel!” These were my aunt’s parting remarks during the summer of 1986, as I boarded a train back to my hometown just before the start of a new school year. Even as a third grader, those words left a lasting impact on my consciousness.

Year after year, the medals piled up and the accolades filled several folders — one of the main driving forces behind it all was that one statement my aunt made. It gave me the strength to compete with the best and either equal or excel them. But along with it also came subtle, powerful and deeply imprinted “side-effects” that I only recently recognized were disempowering and distortive to my reality.

Envy is a universal experience. It pervades our culture — from schools to corporations to family life — but is rarely addressed openly or easily recognized. Rather, it masks itself under different, more palatable terms such as “competitive spirit” or “drive”.

In plain terms, it is best defined as an emotion that occurs when a person lacks another person’s perceived superior quality, achievement, or possession and desires to possess it, wishes that the other lacked it, or both.

Psychologists have suggested that envy can be classified into two types — malicious and benign. They claim that benign envy can be used as a positive motivational force in achieving one’s goals. However, there is a fine line between the two and often we quickly and unconsciously degenerate into the shadow side. In such situations, it can be easy to forgo everything — even close relationships — to acquire what we obsess over.

Dr. Richard Smith, a professor of psychology at the University of Kentucky, states that much of the recent economic crisis may well have been fueled by runaway envy, as financiers competed to avoid the shame of being a “mere” millionaire.

The Bhagavata Purana, one of India’s classics on yoga and spiritual wisdom, describes envy or dvesha as the older brother of hatred or krodha. It states that envy corrodes all virtues — a poisonous venom that dries out all gratitude, love and compassion, so that others’ misfortune and downfall can taste like honey.

In 2005, while I was a student at Cornell University’s business school, my friend and classmate Vishal and I applied for a covetous position at a large investment bank. We were both excited about the prospect and exchanged ideas and information on our individual applications. Eventually, we both got selected to the final round of interviews.

Slowly, our mutual sharing and joy started to disappear. I started avoiding his phone calls. In class, we played subtle mind games. We would talk about the various deals in the financial markets simply to prove that each knew more than the other.

As the interview day approached, I started to lose sleep — not because of the interview, but the possibility that Vishal would get the job and I wouldn’t. Deep inside I feared that he was smarter than I was. Yet, I could not admit that to myself. To compensate I sat up all night practicing my interview questions to make sure I would ace them.

As fate would have it, Vishal got the offer and I did not. The pain of reality could not have been more bitter. As email congratulations flowed for Vishal, I could feel my heart pounding in rage and hatred. While having lunch at the atrium, I saw a relaxed Vishal happily chatting with friends. I interpreted that as him showing off and instinctively convinced myself that he was simply happy at my misery.

That evening as I sat with a few friends studying for a finance exam, I started to talk about how Vishal had deliberately not helped me with certain interview questions. Unconsciously, I began to assassinate his character. There were things about his past that he had shared with me in confidence that I started to make public. I felt “satisfied”.

As I walked back home, I felt that I had lost something deep inside. I tried to distract myself by watching a movie, but the feeling only got heavier. As I explored it further, I realized what had happened. It was hard to accept at first, but denying it felt like a bigger burden.

I realized that envy is the most unfortunate aspect of human nature. Not only is the envious person rendered unhappy by his or her envy, but they also wish to inflict misfortune on others. Envy makes it hard to appreciate all of the good things we have receiving in the moment, because the one who envies is too busy worrying about how he or she is perceived. I resolved to put an end to this.

The next day, I approached Vishal and openly expressed my feelings to him. Tears filled my eyes as I sincerely apologized for my behavior. I told him that I truly felt that he was the better candidate to receive the offer. I felt the pain of the honest appreciation pass through every pore of my body.

To my surprise, Vishal was touched, which further humbled and embarrassed me. For the first time, I was able to appreciate his softhearted and forgiving nature. I felt grateful to have my friend back again.

The next day, I hosted a dinner at my house for Vishal and a few friends to celebrate his accomplishment. As I personally cooked and served everyone, I felt renewed, invigorated and cured of a chronic disease. I felt free.

That evening I understood the true purport of yet another statement from the Bhagavata Purana which states that envy is nothing but appreciation that is corrupted by a strong obsession to exclusively possess what we value. Envy results from a deep-seated desire to be the lord and master of all that we survey. It is the strongest weapon of the ego in its relentless pursuit for self-aggrandizement.

If we can strip away the desire to possess and control what we appreciate or value in others, we can experience the true beauty of the traits, recognizing that God and nature have given them to a particular individual for its best possible use.

Celebrating the success of another helps us recognize the qualifications of the individual who has been given certain gifts, and it helps us to be inspired by his or her qualities. Such celebration is the perfect antidote to the poison of envy.